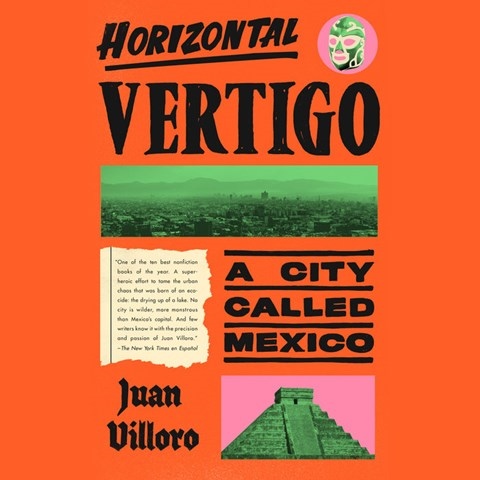 Narrator Gabriel Porras guides listeners through the eloquent essays novelist Juan Villoro wrote to share his wonder at his own Mexico City. Villoro has been exquisitely translated by Alfred MacAdam, the imagistic writing perfectly captured in its move from Spanish to English. Porras narrates with a moderate accent; his pacing and intonation are faithful to Villoro's phrasing so that the overall effect feels like being present with the author while moving about the capital city. It has been built so that its nearly 10 million people are spread over 500 square miles instead of according to more traditionally compact urban plans. Villoro's sentences are studded with gemlike clauses, and passages wind into and away from enclaves, just as Mexico City is revealed by the author's insights. All told, a listening experience not to miss. F.M.R.G. © AudioFile 2021, Portland, Maine [Published: AUGUST 2021]