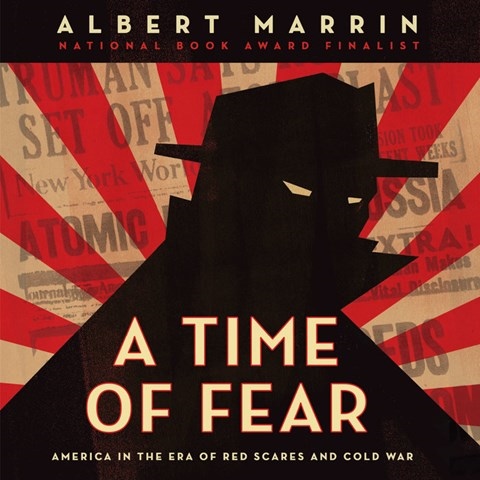 Narrator Jason Culp relies on careful modulation to convey this nuanced, comprehensive examination of a dangerous time in twentieth-century history--the period of the Cold War between the U.S. and the Soviet Union. Culp delivers the words of famous leaders such as Stalin, Kennedy, and Reagan with slight accents or impressions. To varying degrees, both the U.S. and the U.S.S.R. employed propaganda, and he delivers the most blatant examples with suitable hints of sarcasm. As for everyday communists (both American and Russian), whom Lenin dubbed "useful idiots," Culp successfully infuses them with humanity, underscoring that they genuinely believed, albeit often mistakenly, that the end justifies the means. The author notes that "history is not destiny"; however, ignorance of the former may negatively affect the latter. L.T. © AudioFile 2021, Portland, Maine [Published: APRIL 2021]