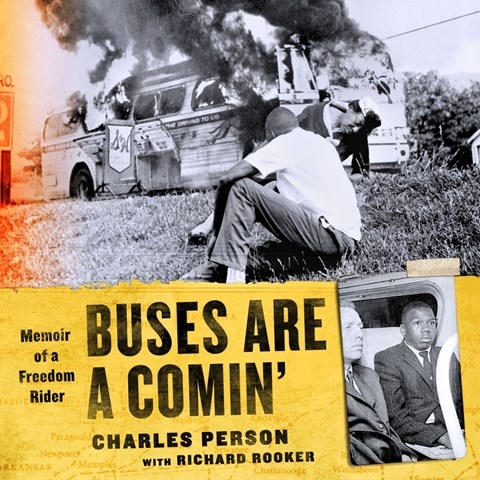 BUSES ARE A COMIN' Memoir of a Freedom Rider

Charles Person is the lone survivor of the 1961 Freedom Rides-- perilous integrated bus journeys from Washington, DC, through the Deep South that were one of the pivotal tactics of the Civil Rights Movement of the 1960s. Narrator Landon Woodson does a masterful job delivering Person's audiobook--which is both Person's own coming-of-age story and the story of a nation trying to reckon with racism. Woodson's tone and cadence have listeners feeling as though they are accompanying the Freedom Riders, who included future Congressman John Lewis. Woodson also is empathetic in recounting details of Person's youth--being raised in poverty, struggling to pay for school, and facing down racists intent on harming him--or worse. This important audiobook is shared exquisitely by Woodson. J.P.S. © AudioFile 2021, Portland, Maine [Published: JULY 2021]