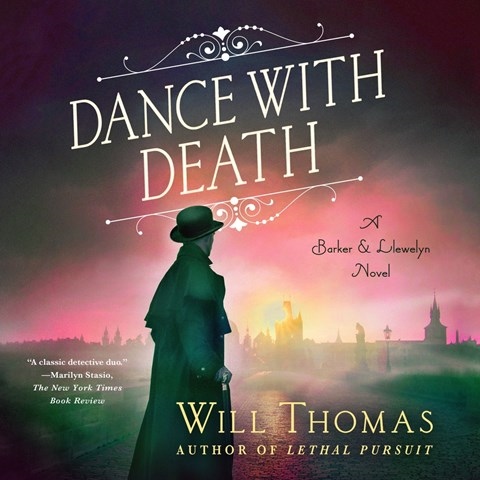 by Will Thomas | Read by Antony Ferguson

Narrator Antony Ferguson thoroughly inhabits Scotsman Cyrus Barker and Welshman Thomas Llewelyn, private enquiry agents of renown in 1893 London. They foil an assassination of Prince George of England, who happens to be the spitting image of Tsarevich Nicholas, the true target. Barker and Llewelyn are then hired to protect the Russian prince from harm by the mysterious assassin "La Sylphide." Ferguson's silky vocal performance flows smoothly as the youthful tsarevich has a tryst or two, drinks with his British royal cousins, and otherwise enjoys London. Ferguson captures Russians, Americans, and a multitude of British characters ranging from crisply enunciated aristocrats to Cockney-voiced street urchins and cabbies in this latest installment in the Barker & Llewelyn series. M.B.K. © AudioFile 2021, Portland, Maine [Published: JULY 2021]