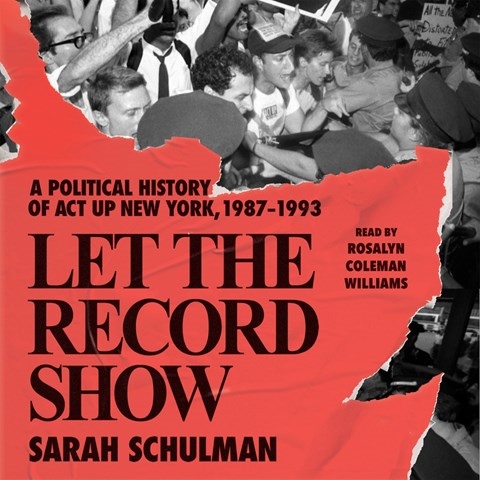 Narrator Rosalyn Coleman Williams delivers this oral history of New York City's ACT UP movement without theatricality. Author Sarah Schulman helped to collect transcripts from the original members, which were recorded in various formats as they recounted how they performed in-your-face protests that revealed gross inequities in law, medicine, and politics in the late '80s and early '90s as AIDS ravaged multiple demographics. Interviewees include women of color, the formerly incarcerated, Latinx, white working-class activists, and those more well known, like Larry Kramer. Schulman delivers her preface in an engaging voice before Williams, setting a steady pace, takes up the interwoven quotations and narrative frames Schulman has crafted. Her pacing begins to flag toward the end, but by then we're hooked. F.M.R.G. © AudioFile 2021, Portland, Maine [Published: AUGUST 2021]