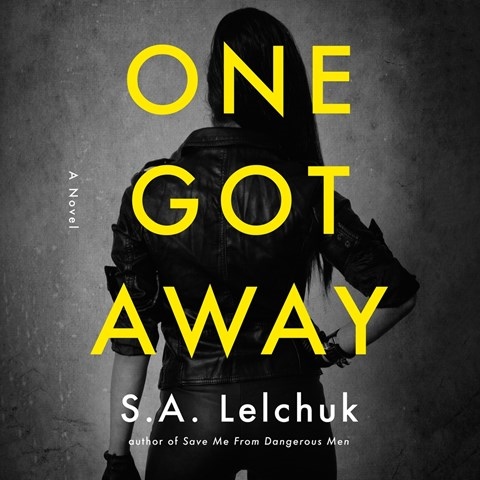 ONE GOT AWAY Nikki Griffin, Book 2

Narrator January LaVoy guides listeners into the second book of the action-packed Nikki Griffin series with a performance that is captivating and versatile. LaVoy's voice is a perfect fit for Griffin, a complicated bookseller and private detective who is hired by a wealthy family in San Francisco to find a charismatic con man who has defrauded the family's matriarch. Griffin tracks the man to the most luxurious hotel in Monterey and discovers there is more to him and to the story than she has been told. LaVoy's stellar performance captures Griffin's determination to set things right and punish those at fault. LaVoy's diverse array of character voices for men and women, young and old is masterful. L.S.H. © AudioFile 2021, Portland, Maine [Published: APRIL 2021]