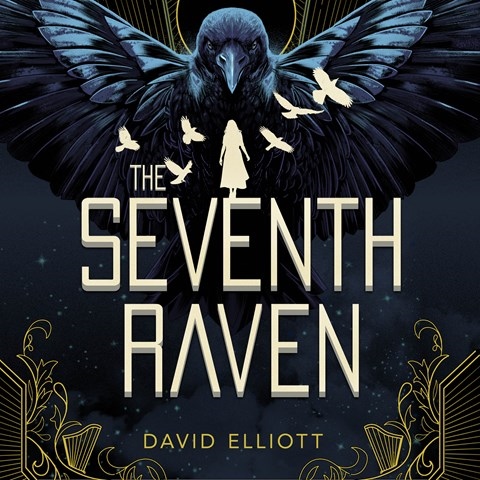 A father's foolish words--meant to save his dying infant daughter--inadvertently curse his seven older sons to live the remainder of their days as crows. While the plot of this YA novel seems promising, it's also a case study in tempered expectations: This is not a traditional narrative as much as it is a series of perspectives-- the father's, the mother's, the daughter's, and the sons'--told in various poetic forms. Knowing that while heading in will allow listeners to grant artistic license to the voice actors, who appear to have been directed to embody their respective roles in the manner of a live theater performance, an interesting departure for an audiobook. If you're looking for something unexpected, this might be for you. G.P. © AudioFile 2021, Portland, Maine [Published: APRIL 2021]