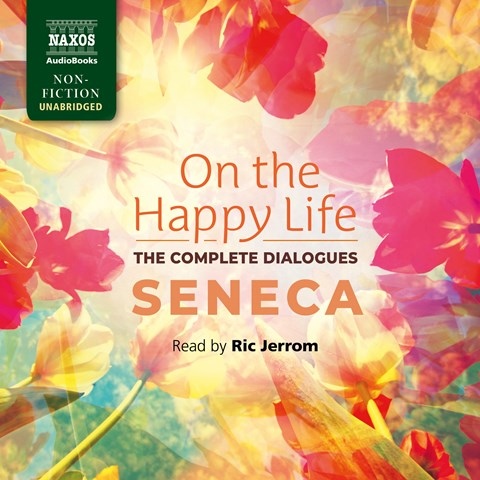 ON THE HAPPY LIFE - THE COMPLETE DIALOGUES

by Seneca | Read by Ric Jerrom

Seneca's discourses on topics such as anger and happiness fall between self-help and philosophy, specifically stoicism. Narrator Ric Jerrom employs his admirable English accent and sonorous voice almost musically to render the sense and tone of the text with care and comprehension. He injects emotion, such as anger, where appropriate and, in places, gives opinions in a tone that opposes Seneca's sneering unpleasantness. But mostly Jerrom keeps to a cultured voice imbued with good will and reason. At times, his rounded tones and didactic manner do the text a disservice by emphasizing Seneca's tendency toward sententiousness. But his narration is generally so intelligent and rich that any faults seem more an embarrassment of riches than failings. A thought-provoking, even helpful, classic gets classic--and classy--treatment. W.M. © AudioFile 2021, Portland, Maine [Published: SEPTEMBER 2021]