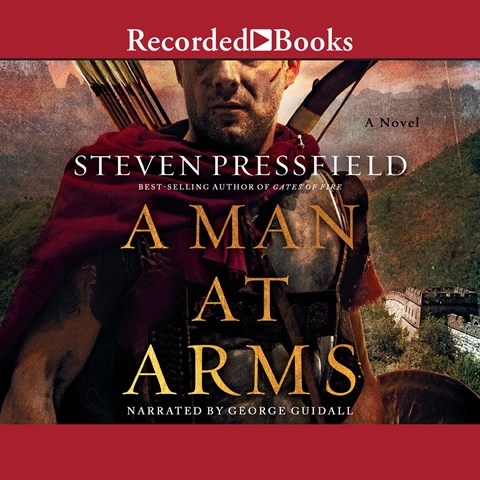 A MAN AT ARMS

George Guidall, narrator par excellence, gives this account of the conveyance of Paul's first letter to the Corinthians in 53-54 CE a splendid reading. The man at arms of the title is one Telamon of Arcadia, a former legionary who is hired to intercept the letter from some religious fanatic to a group of his co-fanatics in Corinth. Telamon does find the courier but ends up helping him get to Corinth. Guidall's resonant voice gives this work life. He is crystal clear in enunciation, and his pacing and inflection are perfect for the text. The plot of this Pressfield work did not engage this reviewer as much as some of his earlier works, but Guidall's performance enhances the story. M.T.F. © AudioFile 2021, Portland, Maine [Published: NOVEMBER 2021]