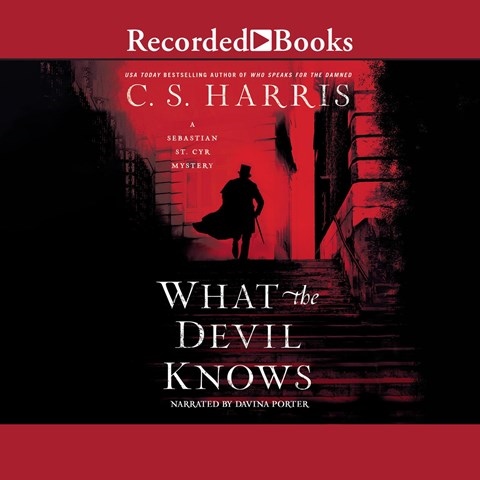 Narrator Davina Porter pulls back the many layers of Harris's 16th installment in the Sebastian St. Cyr historical mystery series. Her British accent adds realism to the large cast of characters; she uses small adjustments in timbre to identify the primary players. It's 1814 when Sebastian looks into the murder of Sir Edwin Pym. Sebastian's voice projects authority and curiosity as he notes connections to the Ratcliffe Highway murders of 1811 and wonders if the wrong man was accused and the murderer has returned. His wife, Hero, who is given a calming, supportive voice, acts as a sounding board for his questions. Whether or not you've read other books in the series, you will find yourself immersed in this mystery. N.E.M. © AudioFile 2021, Portland, Maine [Published: JUNE 2021]