Home»Reviews»I AM A GIRL FROM AFRICA 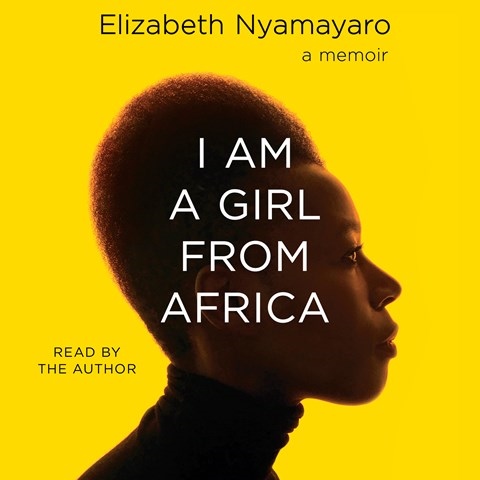 I AM A GIRL FROM AFRICA

Writer Elizabeth Nyamayaro powerfully narrates her challenging but beautiful memoir. Her story begins when she is a starving child in drought-stricken Zimbabwe. Later she works with the United Nations to help with the AIDS crisis in Africa and medical concerns in Eastern Europe. Nyamayaro never shies away from the difficult truths of poverty, illness, and maternal mortality rates. She deftly balances her personal story and those of the people she has encountered in her work. Her accent is a combination of Zimbabwean and British, and she captures the accents of others respectfully. Nyamayaro's narration is powerful, not just because of her words, but because she performs with emotions that capture the truth she has lived. V.B. © AudioFile 2021, Portland, Maine [Published: AUGUST 2021]