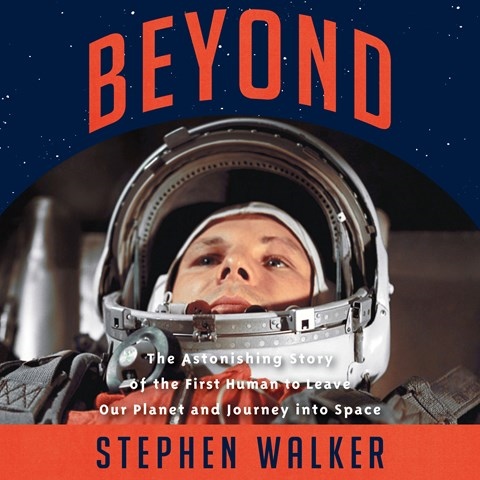 In this riveting production, Stephen Walker's accessible scholarship illuminates Soviet Union cosmonaut Yuri Gagarin's groundbreaking 1961 Earth orbit. Narrator David Rintoul's pleasant baritone is the perfect companion to this revelatory slice of history. He seamlessly shifts between the aeronautic developments of competing nations to the launch of the first person into space. Light accents supplement nuanced characterizations of competing Soviet and American politicians, as well as Mercury 7 astronauts and Vanguard 6 cosmonauts. Sober honesty underscores the costs of their lauded accomplishments, as well. Given the Soviet Union's intense secrecy, many interviews woven into this narrative add fresh perspectives. The maelstrom of emotions surrounding the momentous event vibrates off the page as Rintoul draws closer to Gagarin's launch. A must-listen for all Space Age enthusiasts. J.R.T. Winner of AudioFile Earphones Award © AudioFile 2021, Portland, Maine [Published: JUNE 2021]