Home»Reviews»WHERE THE RHYTHM TAKES YOU 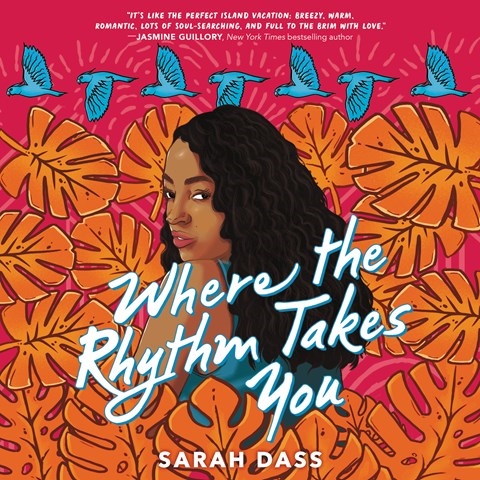 WHERE THE RHYTHM TAKES YOU

Narrator Antonevia Ocho-Coultes has the listener feeling the tropical breezes of Tobago. Seventeen-year-old Reyna has given up her dream of leaving the island to attend art school in order to help her father run her late mother's hotel. Aiden, Reyna's ex-boyfriend, a musician, returns to Tobago with his bandmates for an extended vacation at the hotel, a situation that brings Aiden and Reyna together again. At times, Reyna takes on a petulant attitude, which Ocho-Coultes expresses perfectly, allowing the listener to feel her frustration over not achieving her dream. Ocho-Coultes uses a lyrical intonation to suggest the accent of the islanders. While it doesn't transition well to the flatter sound of American speech, this story is still highly enjoyable. S.B. © AudioFile 2021, Portland, Maine [Published: JULY 2021]