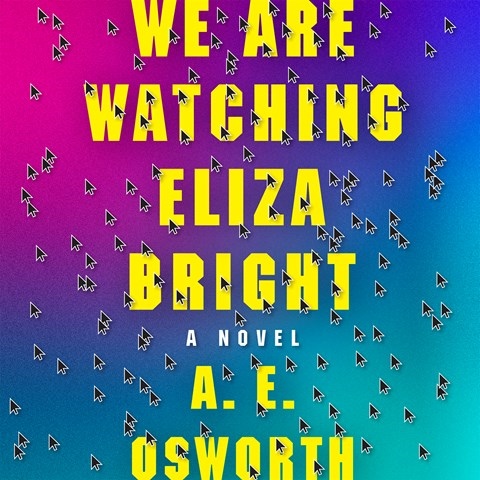 WE ARE WATCHING ELIZA BRIGHT

This unusual thriller featuring Eliza Bright, a female coder at a role-playing video game company, is narrated by Nicholas Tecosky and Claire Christie. When Eliza reports sexism at Fancy Dog Games and is fired, she decides to fight back in public, provoking a backlash against her on- and offline. But who's the ringleader, and what's the endgame? The plot unfolds like a video game with multiple decision trees, so it's hard for the listener to distinguish between the hypothetical and the real despite the excellent efforts of Tecosky and Christie. As well, much of the dialogue is exchanged in a Slack-like messaging app, adding to the confusion. For these reasons, listening to, rather than reading, this complex story is a less than satisfying experience. L.W.S. © AudioFile 2021, Portland, Maine [Published: JUNE 2021]