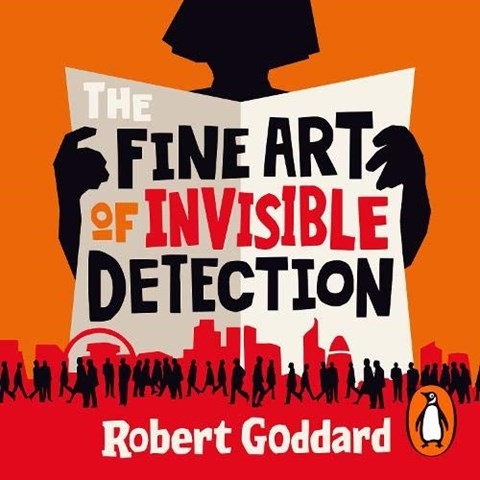 THE FINE ART OF INVISIBLE DETECTION

Listeners follow the adventure of secretary-turned-private-eye Umiko Wada as she leaves Japan for the first time to investigate an apparent suicide that took place 27 years ago. Unwittingly, she becomes embroiled in the events the death triggered. Narrator Naoko Mori creates a likable and believable character in Umiko, whose key feature is her ability to be unremarkable and to remain unnoticed. Mori's narration talents especially shine in her characterizations of the myriad secondary characters who appear as the story roams between Japan, London, Cornwall, and Iceland. She uses authentic-sounding accents for characters who include an authoritative female member of Parliament, a rambunctious American tourist, and a range of Icelandic characters good and bad. K.J.P. © AudioFile 2021, Portland, Maine [Published: JUNE 2021]