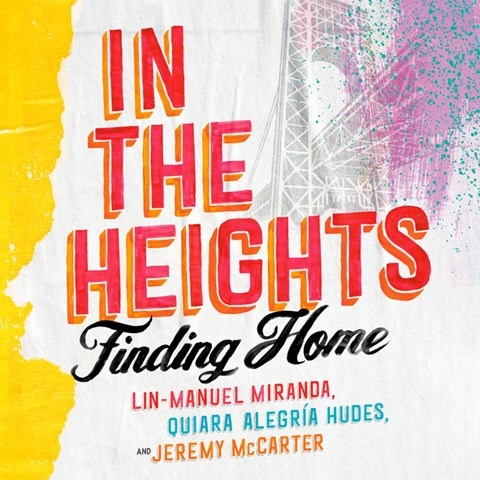 IN THE HEIGHTS Finding Home

Before HAMILTON, before Lin-Manuel Miranda became a household name, there was IN THE HEIGHTS. This audiobook, read by many of those directly involved, recounts how the creative team of multicultural newcomers struggled to get their first Latino hip-hop project to Broadway and then, 10 years later, made into a Hollywood film. Here Miranda and HAMILTON co-author Jeremy McCarter, along with Pulitzer Prize-winning librettist Quiara Alegría Hudes, explain the numerous challenges IN THE HEIGHTS faced. America Ferrera does the lion's share of the narration, while essays read by Hudes and interviews with Miranda and McCarter fill in the personal details, including many warmhearted anecdotes. The breakthrough musical earned four Tony Awards and a wildly enthusiastic public. This is an audio treasure for theater and film buffs. S.J.H. © AudioFile 2021, Portland, Maine [Published: JULY 2021]