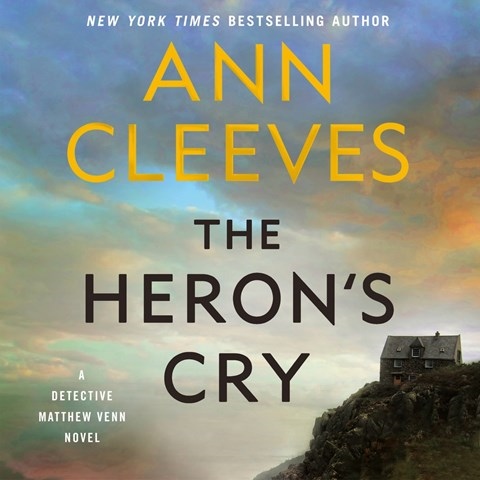 The violent murder of an all-round good citizen brings DI Matthew Venn and his team in to investigate, and soon they have two murders on their hands. Jack Holden demonstrates his full talents in this mystery, bringing the extensive cast of characters in this small and close-knit community in Devon to life with his strong narration. This is particularly apparent as he seamlessly moves between a variety of British regional accents in many of the dialogue scenes. Holden's characterizations of both the male and female characters are strong, and he creates a likable and believable pair in the DI and his husband. His spot-on timing helps keep the story moving toward its surprising end, resulting in a thoroughly enjoyable listen. K.J.P. © AudioFile 2021, Portland, Maine [Published: SEPTEMBER 2021]