Home»Reviews»THE FLIGHT OF THE HERON 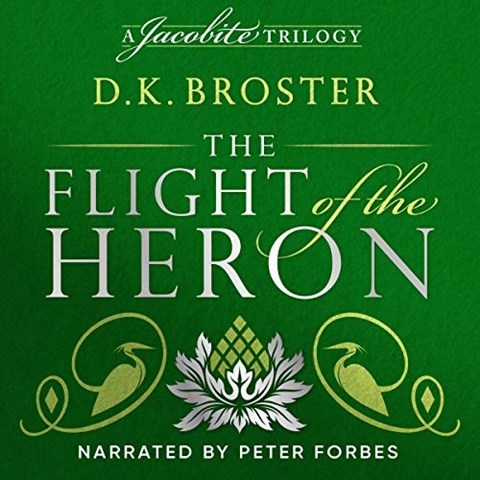 THE FLIGHT OF THE HERON

This first book in Broster's trilogy was originally published in 1925. Narrator Peter Forbes artfully delivers the story of two men's complicated relationship during the 1745 Jacobite rebellion. A seer predicts that a heron will bring Highlander Ewen Cameron and British Major Keith Windham together and that they will meet five times over the course of the rebellion, with Windham destined to do a great service and cause profound grief to Cameron. As events prove the warning true, Forbes deftly portrays Cameron's loyalty and sense of honor and Windham's caustic sense of superiority. Forbes delivers lilting Scots burrs and plummy British barbs without a slip, highlighting the men's growing mutual respect and affection. Well-turned phrases, devotion, honor, and love of country make this story, set in the Highlands, worthwhile listening. S.J.H. © AudioFile 2021, Portland, Maine [Published: MAY 2021]