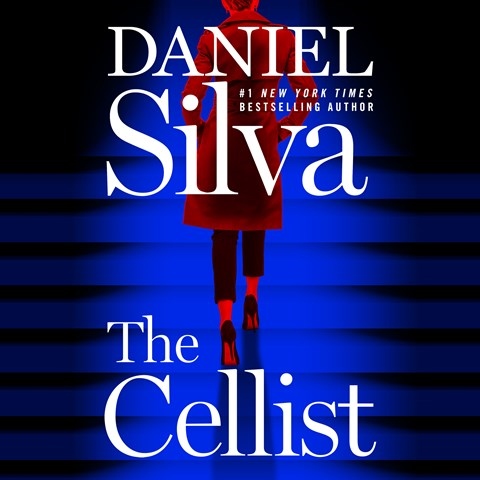 Narrator Edoardo Ballerini steps into big shoes to narrate the 21st audiobook in Daniel Silva's Gabriel Allon series. The previous nine audiobooks were narrated by George Guidall. Ballerini, to his credit, has found his own voices for the lead characters, and he excels at performing women and foreign accents. In the midst of the pandemic, Allon takes on the evil Russian empire, which is undermining democracy while blatantly robbing its own people. His weapon is a beautiful, brave, and talented cellist who is working for a bank known as the Russian Laundromat. Series fans will enjoy the reunion of several characters from previous books. Once again, a compelling story by Silva is performed by a talented narrator, making for a totally engaging listening experience. E.Q. © AudioFile 2021, Portland, Maine [Published: JULY 2021]