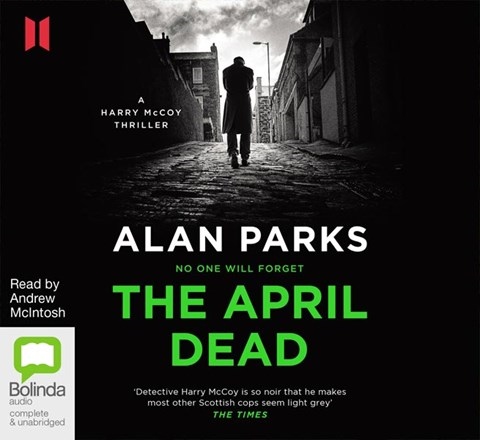 Narrator Andrew McIntosh uses thick Scottish and Irish brogues to portray the many personalities engaged in a bombing campaign in Glasgow and its surrounding towns in a strike for independence in April 1974. Chief Detective Inspector Harry McCoy follows the scarce clues as he searches for the bombers and an AWOL American sailor from the base at Holy Loch, outside Glasgow. McIntosh's narration is steady as he describes gruesome bombing scenes. As the investigation progresses, the violence increases, and motives are revealed. McIntosh vocally captures the distrust, anger, and unquestioning loyalty that motivate the crimes against the city and government. Listeners should pay attention to the minute details, which point to the bombers and those who pull their strings. M.B.K. © AudioFile 2021, Portland, Maine [Published: JULY 2021]