Home»Reviews»NIGHT CAME WITH MANY STARS 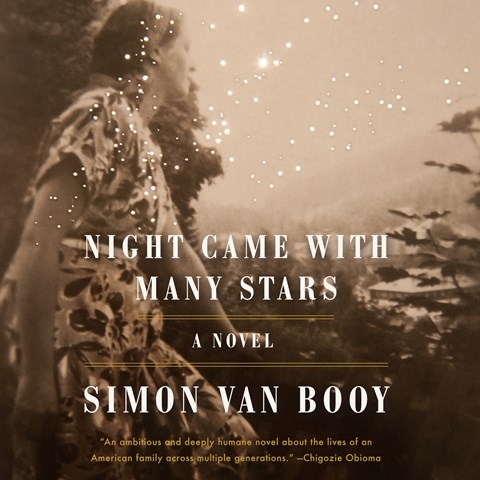 NIGHT CAME WITH MANY STARS

In 1933, a man lost his 13-year-old daughter in a poker game. The girl went off to live with a man she had never met. And so, in an easy Kentucky drawl, narrator Courtney Patterson begins the hardscrabble story of Carol, who unquestioningly takes the world, in all its brutality and wonder, as it comes. The audiobook trades chapters between the voices of Carol and her grandson, Samuel, who grows up adrift in the broken rural economy of the 1980s and '90s. Carol bears a son out of wedlock, marries a good man, and raises a daughter with him. It's a very American saga full of family secrets, pickup trucks, and forgiveness. Throughout, Patterson's voice deftly reflects Carol's unbroken spirit. B.P. © AudioFile 2021, Portland, Maine [Published: JULY 2021]