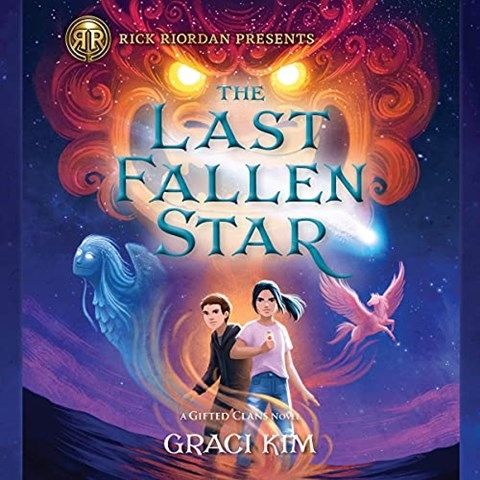 Narrator Suzie Yeung brings to life both the popular culture of today and the magical world of Korean mythology in this fantasy adventure. Twelve-year-old Riley was adopted into a clan of gifted witches, but as a "saram"--one without magic--she is constantly aware of her outsider status. She will never be initiated as a witch herself. So when her 13-year-old sister's plan to share her magic backfires, with dire consequences, Riley embarks on a quest to save her family and find her own sense of belonging. Yeung creates a convincing portrayal of a Korean-American preteen, seamlessly incorporating the American colloquialisms and Korean words of Riley's everyday world. At the same time, listeners will find themselves immersed and fully invested in the story's magical realm. S.C. © AudioFile 2021, Portland, Maine [Published: AUGUST 2021]