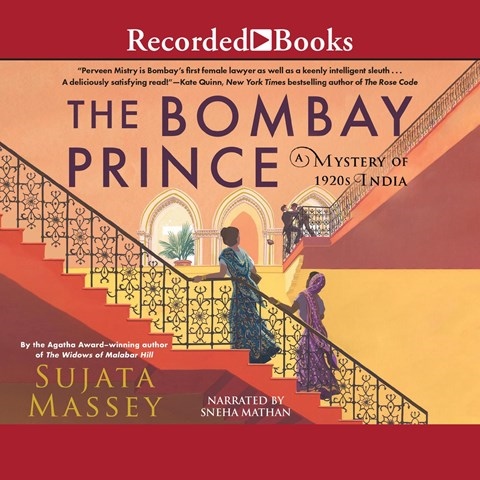 With her easy-to-listen-to voice subtly changing accents and intonation for the Indian and British characters, Sneha Mathan performs the third in the Perveen Mistry series. Mathan effectively differentiates males and females young and old, and masterfully conveys personality. Mistry, the only female lawyer in India, seeks justice for a female Parsi student found dead on the day of Prince Edward VIII's arrival in Bombay in November 1921. Massey paints detailed pictures of a city divided by religions and dominated by British rule. Her poetic phrases and use of Indian terms illuminate the rich historical period in which the courageous Mistry fights to assert herself. Listeners will find themselves engaged less for the mystery than for the well-written and well-performed invitation into Mistry's complex world. E.Q. © AudioFile 2021, Portland, Maine [Published: AUGUST 2021]