Home»Reviews»LEGENDS OF THE NORTH CASCADES 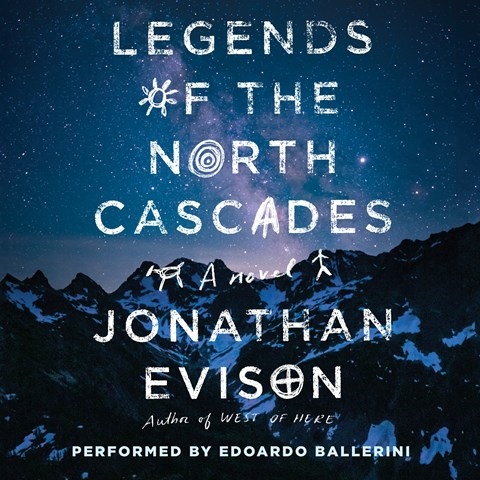 LEGENDS OF THE NORTH CASCADES

Narrator Edoardo Ballerini’s clear and evocative delivery of Evison’s novel works splendidly. The story exists on several planes. The inner and outer lives of an Iraq War vet and former star football player named Dave Cartwright comprise one plane. The other focuses on a legend of long ago involving a native woman named S’tka who is cast out by her clan and survives on the edge of the ice with her son, N’ka. At several points there are reports from various locals on Dave’s flight to the mountains. Ballerini narrates at a good pace for this story of modern trauma. He is equally convincing in his portrayals of Dave; his 8-year-old daughter, Bella, the real heroine of the novel; and his brother, Travers, a hyper real estate developer. Ballerini’s performance is masterful. A.D.M. Winner of AudioFile Earphones Award, 2022 Audies Finalist © AudioFile 2021, Portland, Maine [Published: JUNE 2021]