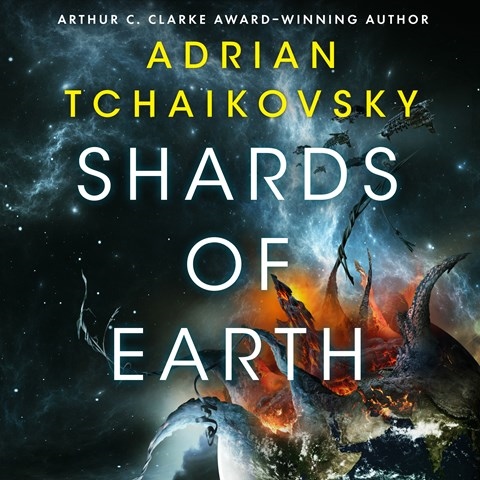 Sophie Aldred narrates an intriguing new series about humanity in the aftermath of a war with an alien species. After the destruction of Earth, enhanced humans were engineered to combat the Architects until their sudden disappearance. The discovery of a technology abandoned in space kicks off a race to find out what happened to the Architects while avoiding utter destruction. Aldred juggles a large and varied cast with strong attention to unique tones, inflections, and accents. The story is dense and lays the groundwork for future books; Aldred shoulders the narrative with aplomb. A promising start to a new series coupled with an engaging narration makes this a must-listen for sci-fi fans. J.M.M. © AudioFile 2021, Portland, Maine [Published: SEPTEMBER 2021]