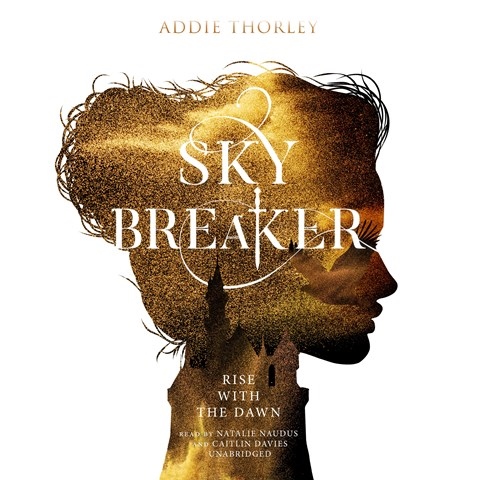 Narrators Natalie Naudus and Caitlin Davies deliver the epic finish to the Night Spinner series. Enebish, portrayed by Naudus, is still reeling from Ghoa's betrayal. Her chapters are delivered with careful precision at an unhurried pace, allowing listeners to savor her turmoil as she struggles to unite a ragtag group of shepherds and find allies. Ghoa, voiced by Davies, is disturbed to find herself abandoned by her warriors. Davies's narration, full of righteous fury, adopts a sinister tone as Ghoa plots against her torturer. Once the two cross paths again, they discover that it's not just the continent at stake in the war between Ashkar and Zemya, but the gods themselves. A.K.R. © AudioFile 2021, Portland, Maine [Published: JULY 2021]