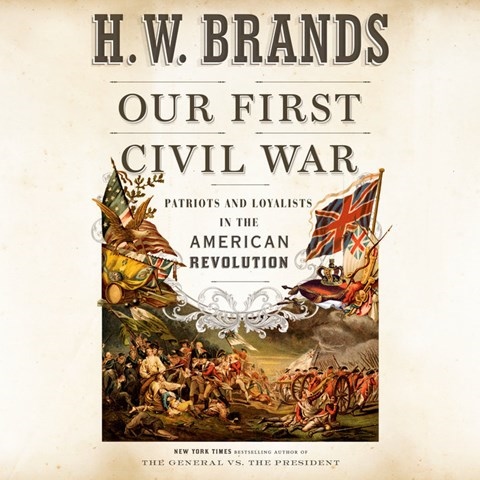 OUR FIRST CIVIL WAR Patriots and Loyalists in the American Revolution

Steve Hendrickson's eloquent and resonant voice proves the ideal vehicle for the many letters, proclamations, addresses, and other historical documents that tell the story of the American Revolution. These voices track, step by step, the widening debate between advocates for American independence and loyalists to the British government. Hendrickson captures perfectly the impassioned rhetoric and elevated diction of that time while maintaining the thread of a more moderate authorial tone. The effect is a dialogue that unfolds much as the debate at that time unfolded. We listen as dozens of historical characters take their stands and one by one chart a course from which there will be no relenting, and no return. D.A.W. © AudioFile 2021, Portland, Maine [Published: DECEMBER 2021]