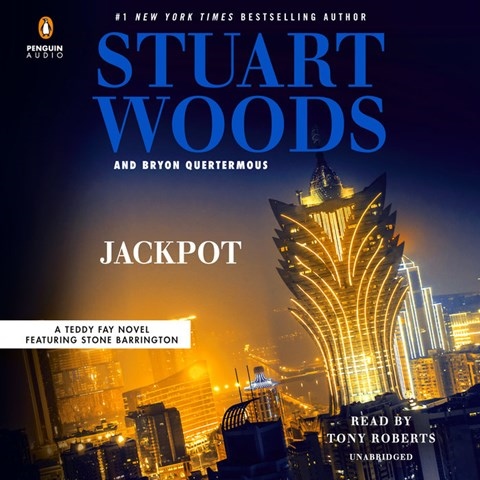 Teddy Fay, ex-CIA film producer, is sent to Macau to investigate a blackmail and extortion racket in the casinos. Tony Roberts rises to the challenge of narrating the audiobook, with its multiplicity of characters and subplots. He seamlessly moves between American, Chinese, and Russian characters, using subtle characterizations. As the plot moves between Macau and Hong Kong, he creates a believable man of mystery in Teddy Fay, with his multifaceted backstory. Roberts's steady timing keeps the story moving as the plotlines come together, and his deadpan approach allows the wry humor dotted throughout the story to shine. K.J.P. © AudioFile 2021, Portland, Maine [Published: JULY 2021]