Home»Reviews»THE SCANDAL OF THE CENTURY 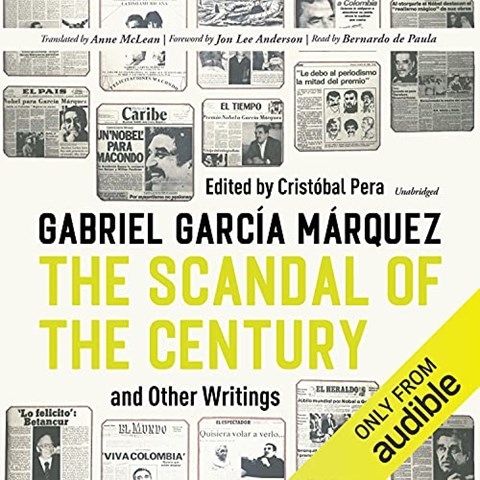 THE SCANDAL OF THE CENTURY And Other Writings

García Márquez is mostly known, and justly so, as a Nobel Prize-winning novelist, but his background and first love was journalism. This audiobook collects some of his best and best-known magazine and newspaper pieces--some reporting, some commenting, and some just musing on the writing life. Bernardo de Paula's narration is not flawless, but the flaws are mostly minor. He is straightforward and somewhat subdued, almost like a newscaster, as he lets the text carry the emotion (as in the title piece, a long investigation of an Italian murder that remains unsolved to this day.) The material is not translated by the author's longtime translator, Gregory Rabassa, but Anne McLean has managed to retain the sound of earlier works. D.M.H. © AudioFile 2021, Portland, Maine [Published: JULY 2021]