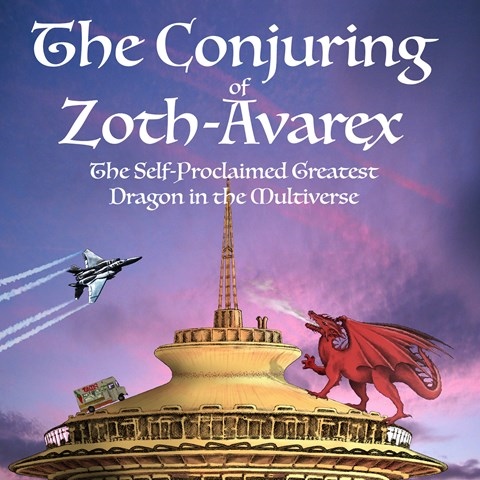 Narrator Jay Spaulding gives a hilarious performance of this fantasy in which a dragon attempts to reign over Seattle. The Site is a magic location hidden away and overseen by the U.S. Government. On Harris Reed's first day at his new job there, his first project--the summoning of a dragon--goes awry. Spaulding nails the delivery of every joke and pun. Characters such as the unsettling childlike imp have wild voices. There's a loud booming in Harris's head. Spaulding keeps the characters lively and hilarious while maintaining the sidesplitting humor in his narration. Comical allusions, wisecracks, and well-crafted jokes abound in Spaulding's masterful performance. J.M.M. Winner of AudioFile Earphones Award © AudioFile 2021, Portland, Maine [Published: JULY 2021]