Home»Reviews»WILLIAM STILL AND HIS FREEDOM STORIES 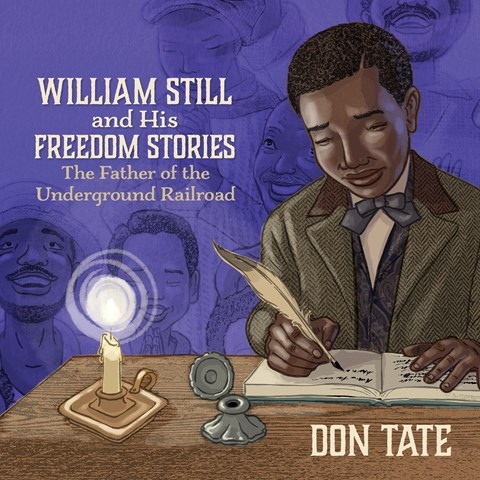 WILLIAM STILL AND HIS FREEDOM STORIES

Narrator Adam Lazarre-White has a deep, sonorous voice that lends dignity and importance to this picture-book biography of William Still, a lesser-known but major figure in the Underground Railroad system. Still was born free to formerly enslaved parents and later worked for the Pennsylvania Anti-Slavery Society. Mood-setting music and the sounds of nature accentuate milestones in Still's life, culminating in his secret nighttime trip to hide the incriminating but vital personal stories of freedom seekers he'd aided. These meticulously kept records later helped reunite families separated by slavery. Without benefit of the picture book, however, listeners will be perplexed by a section of truncated, trailing sentences and the sound of voices over voices--an attempt to auditorily replicate an image in the picture book of the many stories Still recorded in his book. L.T. © AudioFile 2021, Portland, Maine [Published: AUGUST 2021]