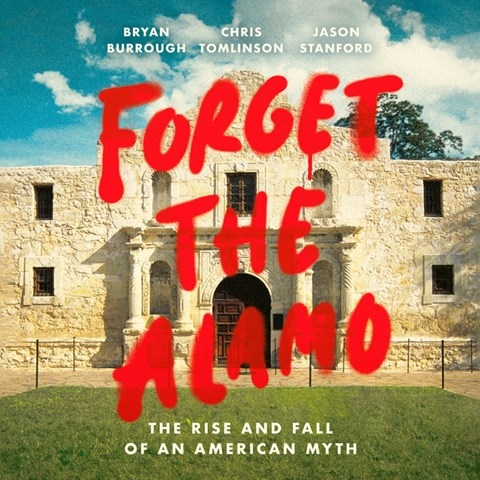 FORGET THE ALAMO The Rise and Fall of an American Myth

Fred Sanders deftly narrates this hard-hitting deep dive into the true history of Texas's war for independence from Mexico. The audiobook focuses on the myth of the battle at the Alamo. The authors tell listeners they will be taking an irreverent tone, and Sanders delivers it perfectly. When the authors make snarky asides or quips, Sanders shifts from the style of a well-spoken documentary narrator to that of an amusing college professor who is letting his students in on the jokes. First-person accounts abound, and Sanders handles them well. His ability to pronounce the Spanish names and locations adds an extra layer of depth to this fast-paced, often funny, and brutally honest look at American history. A.R.F. © AudioFile 2021, Portland, Maine [Published: SEPTEMBER 2021]