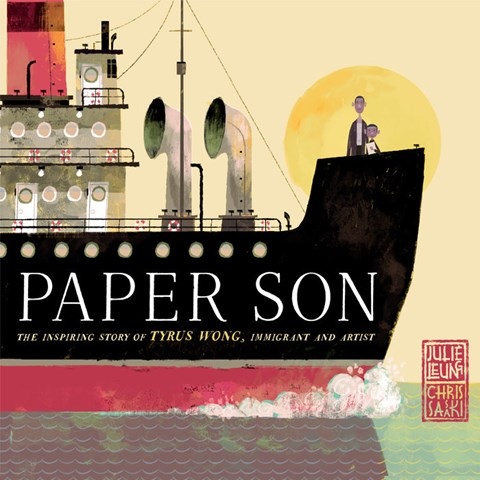 Asian instrumental music and narrator Feodor Chin's pronunciation of Cantonese words and names give an authentic flair to this biography of Chinese immigrant artist Tyrus Wong. With a calm tone and even pacing, Chin delivers the story of the 9-year-old boy, Wong Geng Yeo, who came to America in 1921 under the false name Look Tai Yow. At school in California, his two names were combined and Americanized to Tyrus Wong. Facing discrimination and economic hardship, he grew up to be an influential though little-known artist at Disney Studios. He is most well known for creating the iconic backgrounds for the movie BAMBI. Julie Leung reads her own author's note explaining the term "paper son" and the importance of spotlighting the unrecognized contributions of Chinese immigrants. S.C. © AudioFile 2021, Portland, Maine [Published: JUNE 2021]