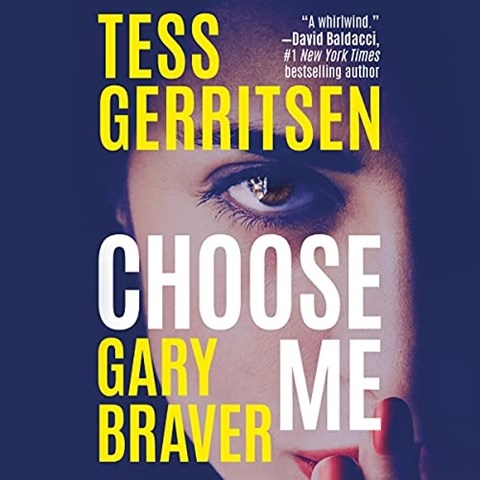 Narrator Kirsten Potter meets the challenge of voicing this combination police procedural/domestic suspense with a strong #MeToo theme. Tess Gerritsen, bestselling author of the Rizzoli and Isles series, has teamed up with Gary Braver, pen name for English professor Gary Goshgarian, to write this stand-alone. Potter gives strong Boston accents to two police detectives who are called to the scene of the apparent suicide of college senior Taryn Moore. The story has frequent flashbacks to the time before Taryn's death, in which listeners hear directly from Taryn and her advisor, Professor Jack Dorian. As Potter effectively delivers the internal emotions of the key characters, an engaging listen with disturbing themes unfolds. E.Q. © AudioFile 2021, Portland, Maine [Published: JUNE 2021]