Home»Reviews»CHRONICLE OF A DEATH FORETOLD 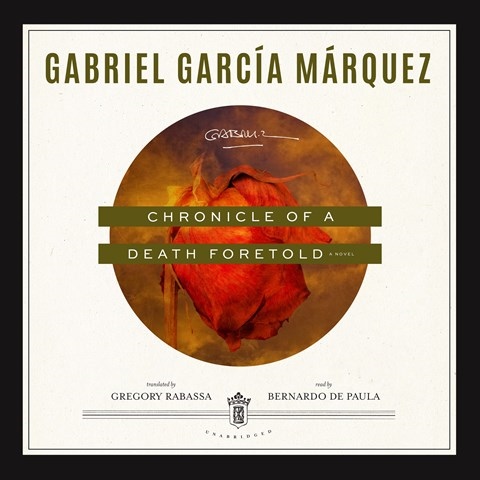 CHRONICLE OF A DEATH FORETOLD

A murder that is known all over town before it occurs and a narrator piecing together the details long after the event--Gabriel García Márquez's novella makes for an intriguing audiobook. Bernardo de Paula captures the voice of the fictional unnamed narrator, who often recounts his investigative interviews indirectly. De Paula's transitions between Spanish and English are fluid, and he never breaks the melodic cadence of the prose. His vocal characterizations are believable, yet their distinction does not detract from García Márquez's narrator. The story is arranged around the murder, and rather than being told chronologically, it is built through details. Throughout his narration, de Paula acts as a storyteller, re-creating the scenes of the murder clearly and engagingly. D.M.W. © AudioFile 2021, Portland, Maine [Published: AUGUST 2021]