Home»Reviews»THE WITNESS FOR THE DEAD 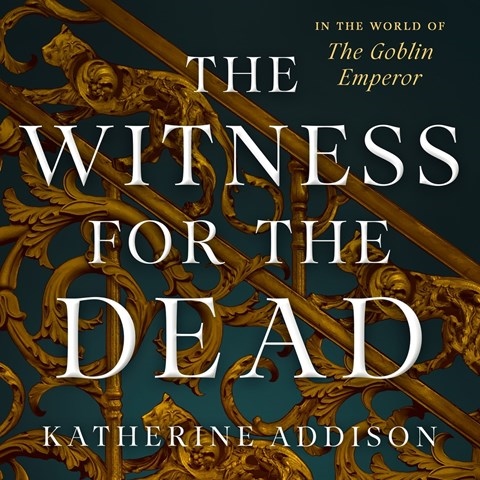 THE WITNESS FOR THE DEAD

Liam Gerrard narrates a fantasy-mystery set in the world of THE GOBLIN EMPEROR. Thara Celehar, a former member of court, goes about his business as a Witness for the Dead in a far-flung province. A series of seemingly unconnected deaths cause Celehar to once again use his skills to uncover the truth, and possibly find a modicum of happiness along the way. Celehar is a character whose inherent decency comes through as Gerrard recounts his dealing with others--his deep compassion for the bereaved is especially notable. As the puzzle of the deaths slowly resolves, Gerrard tightens his narrative pace, heightening the sense of urgency as the solution is revealed. While this story is related to a previous volume, it also stands fully on its own. K.M.P. © AudioFile 2021, Portland, Maine [Published: AUGUST 2021]