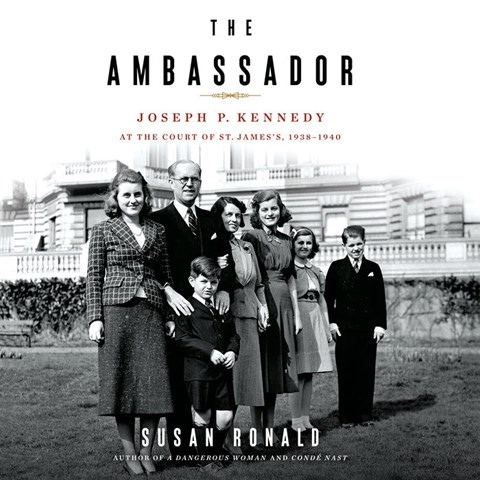 This audiobook covers only two years in the career of Joseph Kennedy, Sr., but they are the crucial years in the cementing of his reputation. Kennedy served as U.S. ambassador to Britain in the months preceding WWII and the first months of the conflict. Kennedy favored Germany and derided Britain's chances of victory--an increasingly unpopular stance at one of history's great turning points. Narrator Victor Bevine applies just the finest hint of a Boston accent to Kennedy's quotes, and just the right degree of balance to a narrative that is heavily weighed against its protagonist. Most interesting here are the adventures of Joe, Jr.; Jack; and the other Kennedy siblings, who are just emerging from adolescence as war spreads across Europe. D.A.W. © AudioFile 2021, Portland, Maine [Published: SEPTEMBER 2021]