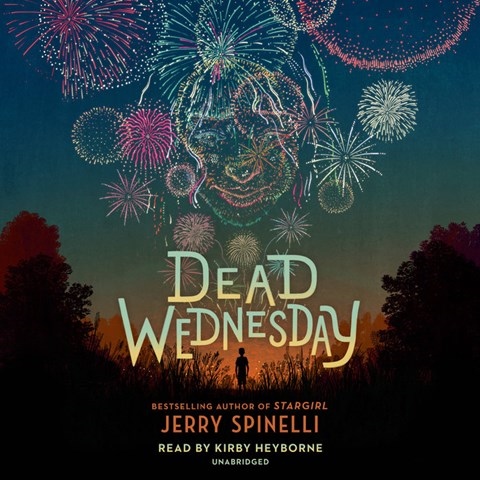 On "Dead Wednesday," every eighth grader in this unusual audiobook is given the name and photo of a teen who died a preventable death. As the students go through the day, the townspeople behave as if the teens are invisible. The point is to drive home the kids' mortality. Narrator Kirby Heyborne voices the initial excitement of middle-schooler Robbie Tarnauer, who "becomes" the late Becca Finch. When Becca shows up as a ghost, Heyborne captures Robbie's shock. Heyborne also portrays the pair's growing intensity as they cope with the strange situation. Overall, Heyborne's performance honors Spinelli's wry writing and the two unique characters he creates. Their vividness and the story's humor keep this audiobook from becoming preachy or maudlin. S.W. © AudioFile 2021, Portland, Maine [Published: SEPTEMBER 2021]