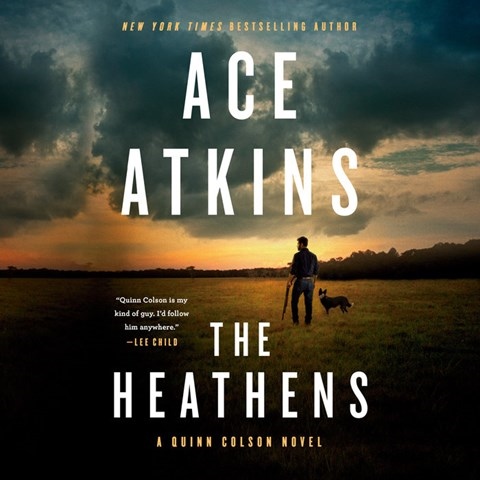 Narrator MacLeod Andrews modifies his knowing tone and evocative timbre throughout Atkins's eleventh adventure featuring Sheriff Quinn Colson. When the sheriff discovers a brutally dismembered woman in a town dump, it's up to him to track down the woman's daughter, TJ Byrd; her boyfriend, and her little brother. Colson was a troubled youth, and he relates to TJ and her brutal upbringing, believing her when she says she's innocent. Andrews shines as the teens on the lam steal cars and break into homes; he uses a bewildered tone to create empathy for the plight of the young brother. Lillie Virgil, Colson's former deputy and friend, opposes his belief in TJ's innocence, and Andrews plays the conflict between the two with enjoyable tension. R.O. © AudioFile 2021, Portland, Maine [Published: SEPTEMBER 2021]