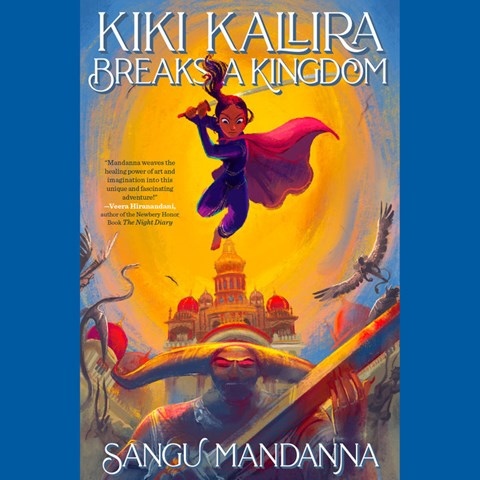 Narrator Zenia Starr's Indian accent adds authenticity to this middle-grade fantasy-adventure. Eleven-year-old Kiki Kallira struggles with anxiety, a feeling she does not understand--so she conceals it. To calm her overactive mind, Kiki finds refuge in drawing. She fills a sketchbook with favorite characters from Indian myths and reimagines the legendary kingdom of Mysore. But when an evil creation escapes the pages and attacks her world, Kiki is forced to become a heroine. Intriguing plot twists increase the suspense and draw the listener in as Kiki strives to conquer her internal and imaginary "monsters." Starr employs various accents to differentiate the characters' youthfully exuberant (and occasionally exasperating) voices and ably captures Kiki's volatile emotions. S.A.A. © AudioFile 2021, Portland, Maine [Published: AUGUST 2021]