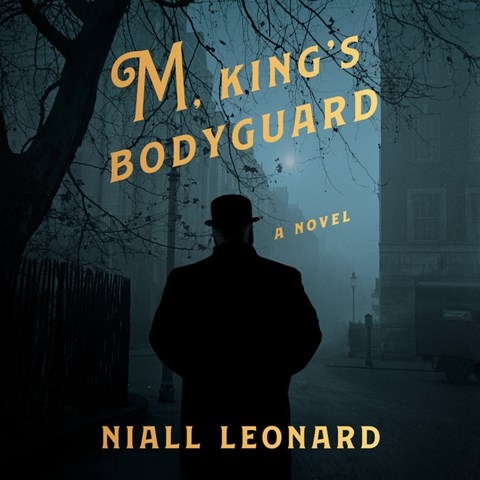 Narrator Marcus Lamb's sterling delivery enhances this historical fiction based on fact. Listeners are riveted after Queen Victoria's death in 1901 and the nine days leading up to her state funeral. Irish Detective Chief Superintendent William Melville learns there are plans by anarchists and terrorists to strike and kill world leaders during the ceremony. The story is told in Melville's melodious voice. The other memorable voice is that of his German counterpart and assistant, Gustav Steinhauer. The countdown to the funeral is filled with action--and much needed humor--as well as fascinating historical details. Highlights include brave informant Angela Minetta, whose Italian accent and charm are irresistible, and Melville's touching speech, which spurs on his team after two of them are murdered. S.G.B. © AudioFile 2021, Portland, Maine [Published: SEPTEMBER 2021]