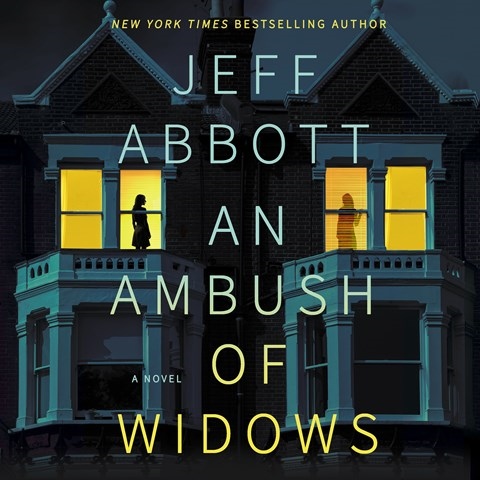 AN AMBUSH OF WIDOWS

Two women, strangers with vastly different lives, form an alliance when their husbands are violently killed together. Christine Lakin's narration portrays the suspicions each woman holds for the other as they seek answers. In Louisiana, Kristen receives an anonymous phone call saying her husband is dead in Texas. In Austin, high-society Flora is notified that her husband has been shot outside a warehouse. The two widows cross paths at the site. Lakin provides a straight delivery for both voices, a choice that is occasionally confusing for the listener during dialogue. Her tempo and intensity enhance the fast-paced action as new threats are revealed. Lakin's portrayal of the two women reflects their mercurial attitudes toward each other. Are they allies or enemies? N.M.C. © AudioFile 2021, Portland, Maine [Published: AUGUST 2021]