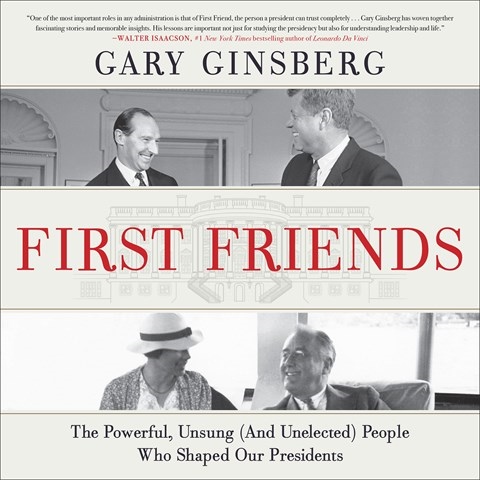 FIRST FRIENDS The Powerful, Unsung (And Unelected) People Who Shaped Our Presidents

This audiobook makes the case that U.S. presidents benefit from having close confidants. Harry Truman had Eddie Jacobson, his former business partner; FDR had Daisy Suckley, a distant cousin; JFK had David Ormsby-Gore, an English diplomat; and Franklin Pierce had Nathaniel Hawthorne, his college classmate and, later, campaign biographer, who, curiously, maintained his loyalty to the much maligned president. Though listeners may not be as drawn to all the presidents' stories, there are enough anecdotes and insights to stick with these chronologically arranged portraits through the last, most complex, one, that of Vernon Jordan--Bill Clinton's dear friend and apologist. The audiobook demonstrates that, as with regular folk, presidents do best when those around them care more about their friendship than the agenda at hand. L.W.S. © AudioFile 2021, Portland, Maine [Published: AUGUST 2021]