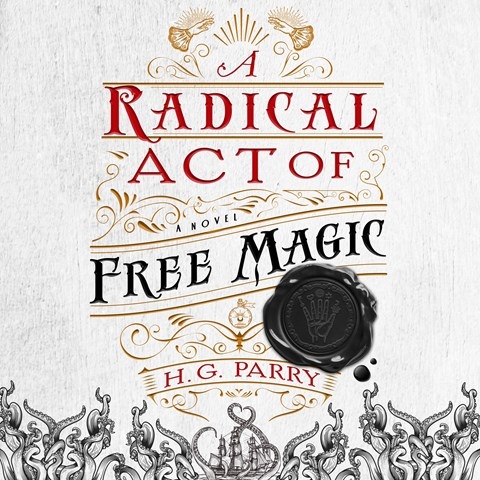 In the second and last of the Shadow Histories, Andrew Kingston continues his narration of the characters who were featured in THE DECLARATION OF THE RIGHTS OF MAGICIANS. Having succeeded to the prominent role in France, Napoleon is not as amenable to the Stranger, the vampire who is directing much of the mayhem, as others have been. In the war between France and Britain, Kingston has the opportunity to portray battles with magical creatures that are under the influence of Napoleon, creating an intense atmosphere in which the victor is not known until the very end. Through the tone and strength of his voice, Kingston shows the decline of Prime Minister William Pitt, the younger. Likewise, Kingston is skilled at reflecting the relationships between friends and foes. J.E.M. Winner of AudioFile Earphones Award © AudioFile 2021, Portland, Maine [Published: OCTOBER 2021]