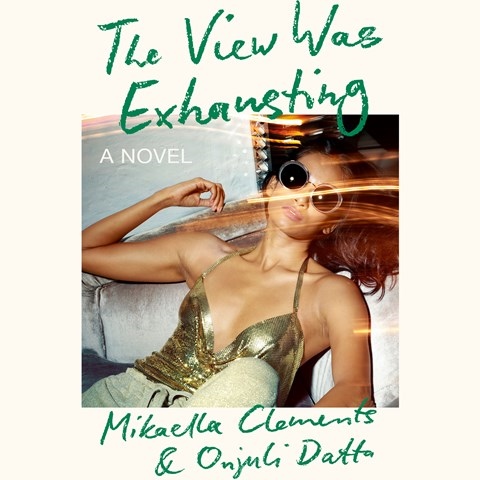 THE VIEW WAS EXHAUSTING

Tania Rodrigues narrates the story of a messy affair between two complicated people. Hollywood actor Win Tagore and her on-again, off-again boyfriend, Leo Milanowski, have a secret no one knows: They're not actually in a relationship; it's all for PR reasons. Leo is content to follow Win's lead--until he isn't. Win is a woman of color in an industry that is notoriously unkind, and Rodrigues perfectly captures her tightly controlled emotions of rage and powerlessness. Leo is more of a cipher, but Rodrigues humanizes him as much as possible. Ultimately, the characters, like the view, are exhausting, but Rodrigues's performance makes listening to their story worthwhile. K.M.P. © AudioFile 2021, Portland, Maine [Published: AUGUST 2021]