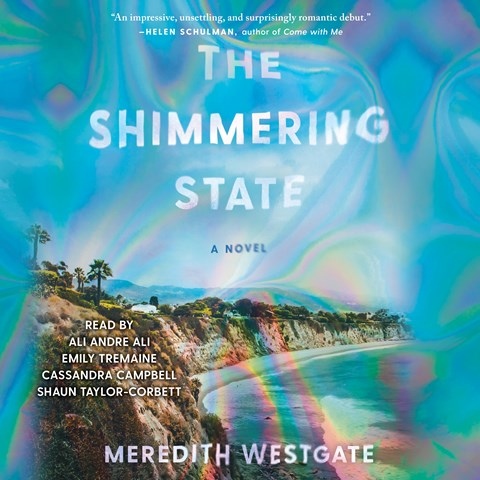 Westgate's debut novel explores memory as two characters recover from their misuse of Memoroxin, a new memory drug. The cast creates a shimmering world that explores the ethics of memory manipulation through the experiences of believable characters. Shaun Taylor-Corbett, as newsman Ari Shapiro, sounds professional while questioning Dr. Sloane about the drug's efficacy. Cassandra Campbell, as Dr. Sloane, sounds confident and self-assured while being interviewed and while working in the clinical setting. Emily Tremaine's Sophie is confident Before but becomes unsure and angry After as she tries to recover the memories erased when the drug is slipped into her drink. Lucien, voiced by Ali Andre Ali, comes across like a detached observer of his own life as he uses his grandmother's Memoroxin to learn more about his late mother. N.E.M. © AudioFile 2021, Portland, Maine [Published: OCTOBER 2021]