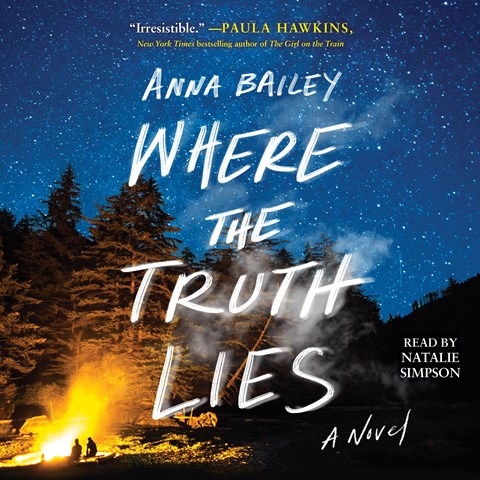 WHERE THE TRUTH LIES

Seventeen-year-old Abi disappears from the Colorado town of Whistling Ridge, leaving behind a violent father, a cowed mother, two brothers trapped in her family's awful dynamics, and Emma, her best friend, who is wracked with guilt because she left Abi alone in the woods that night. Narrator Natalie Simpson does a great job giving voice to the various characters who play significant roles in this audiobook. Simpson was trained as an actress in London and, on occasion, a shadow of an English accent sneaks into her American characters' dialogue, but that doesn't interfere with her overall stellar performance. This is a very good audiobook; listeners should be aware, though, that it is pretty dark. G.S. © AudioFile 2021, Portland, Maine [Published: SEPTEMBER 2021]