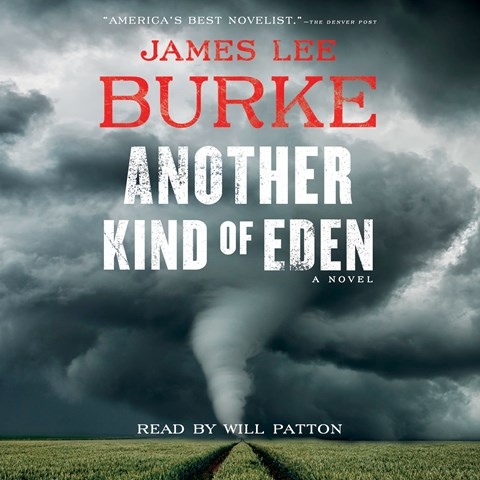 ANOTHER KIND OF EDEN

Fans of James Lee Burke and narrator Will Patton won't be disappointed in this latest chapter of the Holland family saga. Patton sets the tone with a dry, almost husky, telling of a story focused on the 1960s and the American West. His delivery of Burke's novel reminds listeners of why Patton runs the risk of being better known as a narrator than an actor. His measured speech is pitch-perfect for this story of what a man will do for the woman he loves, a mysterious figure who may or may not be of this world, and the hope offered by the 1960s. Fans of taut mysteries with grand themes of America and Americans will thrill at Patton's performance of this tale. J.P.S. © AudioFile 2021, Portland, Maine [Published: SEPTEMBER 2021]