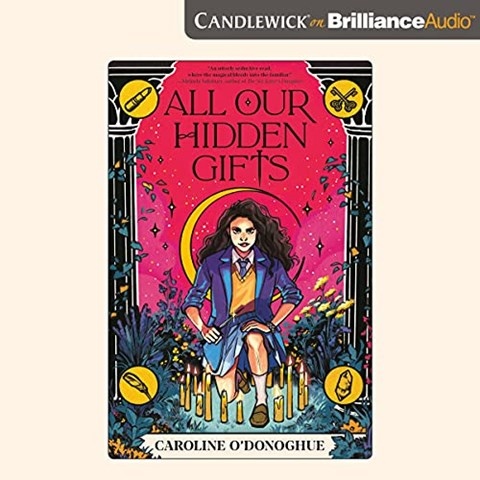 ALL OUR HIDDEN GIFTS

A heady combination of Irish folklore and modern mysticism enhances this suspenseful audiobook, narrated by Alana Kerr Collins. Collins is captivating as the voice of Maeve, a headstrong Irish high school student who discovers an old deck of tarot cards and unwittingly unleashes a malevolent being who targets her former friend, Lily. With a gentle Irish accent, Collins imbues Maeve with a full range of evocative expression, including hot-tempered swagger, quiet wonderment, breathless terror, and shocked tenderness. (The latter is particularly evident in Maeve's complicated romance with Roe, Lily's gender-fluid sibling.) Paranormal fantasy fans will be transported by Collins's strong characterizations and Maeve's quest to understand her power and repair the harm she's caused. R.A.H. © AudioFile 2021, Portland, Maine [Published: AUGUST 2021]