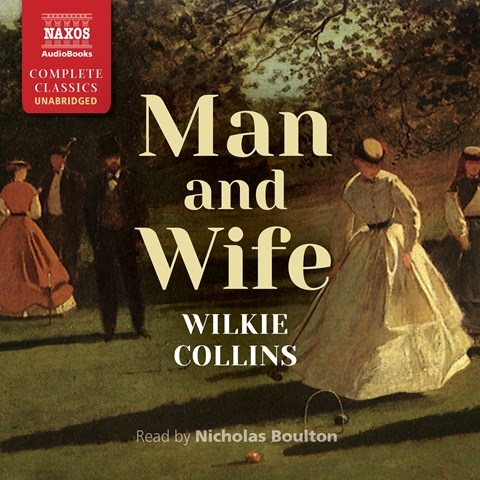 Narrator Nicholas Boulton delivers a solid performance of Wilkie Collins's novel, which casts light on the complicated marriage laws of nineteenth-century Scotland. As a villainous plotter tries to ensnare two victims in a trap to free himself from responsibility, their friends seek the truth. Collins provides a diverse cast of characters whom Boulton expertly portrays with vocal characterizations. From the soft cadence of young Blanche to the resonant tone of Geoffrey Delamayn, Boulton captures each character. In his portrayal of Sir Patrick Lundie, an eccentric Scottish bachelor and lawyer, Boulton illuminates the old gentleman's wit and kindly demeanor. This audiobook promises an intricate web of intrigue, and Boulton's talented narration makes it enjoyable each step of the way. D.M.W. © AudioFile 2022, Portland, Maine [Published: FEBRUARY 2022]